A Harmony of Subtle Flavors

With a unique collection of intriguing, flavorful dishes, Bombay Club is the go-to place for scenic views, great times, and exotic fare.

The mere mention of the city of Bombay conjures up images of ancient open-air markets buzzing with activity that heightens the senses—tables laden with shimmering silks, racks hung with geometrically patterned rugs, gleaming silver and copper vessels and, at the heart of it all, baskets overflowing with a multi-hued array of aromatic Indian spices, like cardamom, chili peppers, ginger, coriander, saffron and nutmeg.

Parsi Fare
Parsi originally came from Persia and settled in Bombay. Parsi food mainly consists of meat, however, vegetables are included in their meat preparations. The cuisine uses a variety of dry fruits and can be spicy, but it is rarely chili hot.

Goan Specialties
Goa is a state along the western coastline, just south of Bombay. Goa was long colonized by the Portuguese and the cuisine, like the culture, blends elements of Portugal and India. Ingredients such as chilis, coconut, and wine vinegar are used extensively in Goan recipes. Occasionally the cuisine can be hot.

Moghlai Specialties
The rule of the Moghuls in Northern India began in 1526 and lasted 300 years. During this time the royal kitchens of the Moghul emperors used exotic imported spices and new ingredients like nuts, which were not used Indian cooking before, and added body and gravies. Today, a number of dishes from Northern India retain a strong Moghlai accent.

Coastal Cuisine
The four states of the Southern Indian Peninsula – Andhara Pradesh, Tamil Nadu, Kerala, and Karnataka – are steeped in a rich culture with timeless traditions. They have a passion for hot and sour food. Keralites use black pepper, ginger, and coconut in most of their preparations.

Surrounded by 12 acres of lush gardens Hotel Bel-Air has 58 guest rooms and 45 suites, including 7 one of a kind specialty suites.

The Bombay Club’s bar & lounge serves as a comfortable introduction to the restaurant. Its relaxed atmosphere is ideal for unwinding and entertainment.

Enjoy the possibilities, small plates, cocktails, or a glass of wine from our exceptional selection that features imported and domestic wines.

A native of Rajasthan, Singhvi has been cooking for decades, first as a student at India’s Institute of Hotel Management, then as a chef with the Taj Group of Hotels throughout India, and now with the high-end Bombay Club.

The menu at Bombay Club features cuisines from four regions of India including Parsi Fare, Goan Specialties, Moghlai Specialties, Coastal Cuisine. Each dish on the menu has an origin tied closely within the Indian culture with a modern take on traditional technique.

Signature Dishes Include, Dal Makhni, Chicken Biryani, Malai Kofta, and more. Be sure to order the bread basket which features onion and basil naan, and mint paratha. 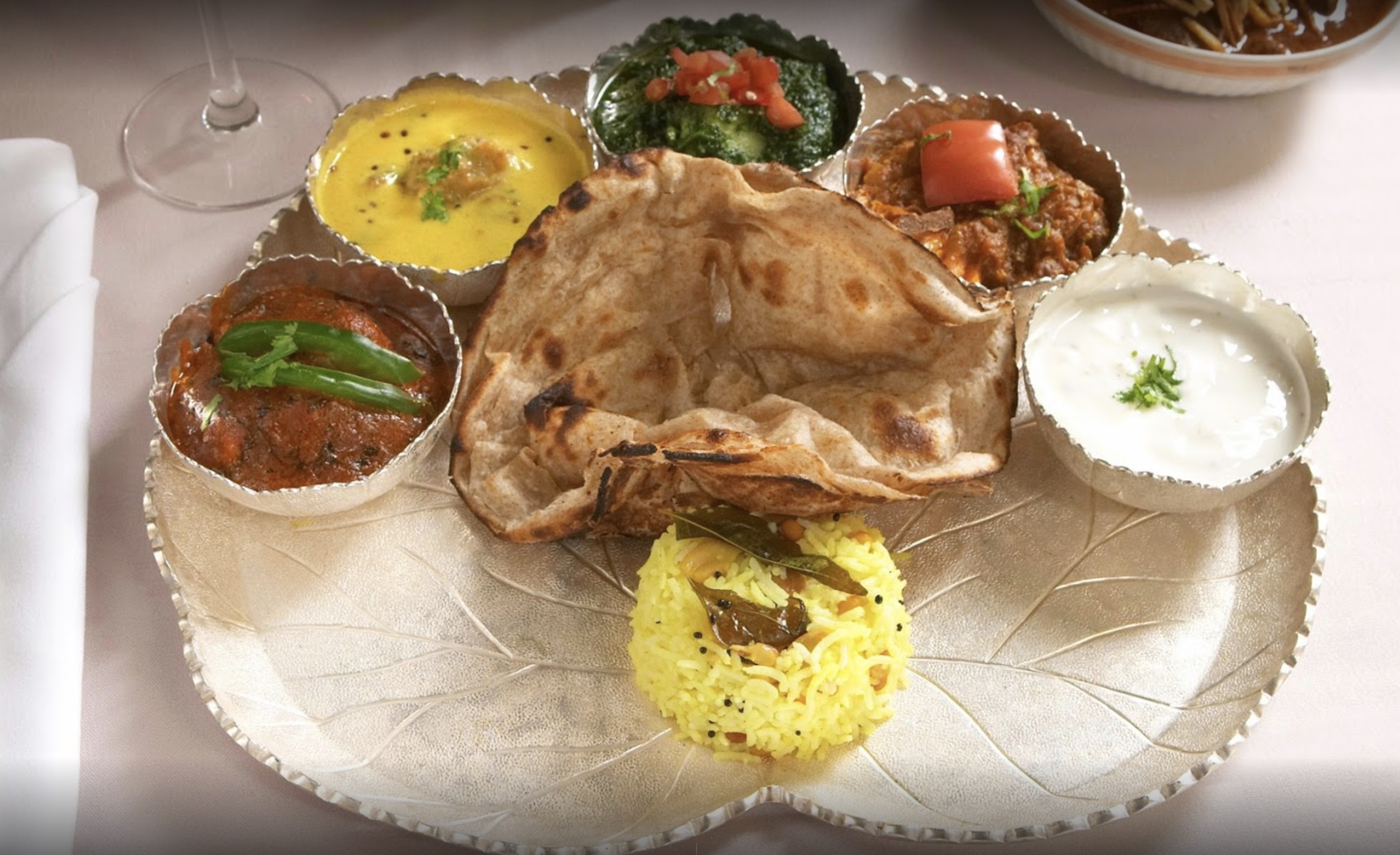